Story:
In this game you play as an unknown protagonist.  You wake up in a dark room with no memory of how you got there, or who you are.  You meet two people, Dr. Harding and Ms. Nemont who tell you what happened.  You've had a bad accident, and now your blind.  While you were unconscious, they installed a microchip in your brain.  That microchip allows you top "see" colors and shapes representing real objects.  After some practice, you learn how to fight and defend yourself with a sword.  Soon someone else enters the room and demands Dr. Harding to give him the microchip.  After a violent struggle you and Ms. Nemont escape to a safe place where she shares more information with you.  The microchip in your brain, if given to the wrong person, could cause that person to be nearly indestructable.  After a short rest, Ms. Nemont decides to go back inside the building to find and rescue Dr. Harding.  Before leaving she tells you that she can communicate to you through the microchip.  Minutes later you hear a voice coming through the microchip, "They're just about to get me, you have to go now! Don't worry about me, just save the microchi...".  Of course being the good guy, you go into the building to save Ms. Nemont and Dr. Harding. 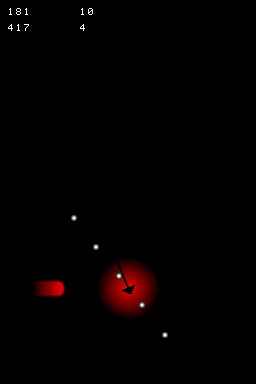 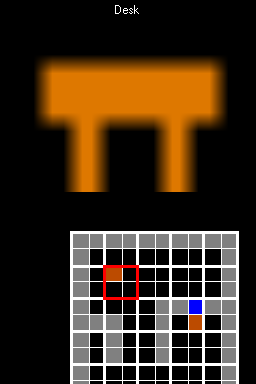 Note: I haven't even started working on movement yet, but hopefully I can post a demo soon.
GameDev