November 25, 2012
I wanted to update you on how the demo is coming along.   Click read more to see

Level editor:
UI improvements
Added scroll select
Added a few more blocks
Added the ability to test levels without having to save them
Added a help file for the editor
Copy and paste levels work properly

Stuff Coming after the demo:
Story
The story will probably be the last thing I put into the game.  I've been putting a lot of work into it, I hope it's good.

Co-op
After some testing with my siblings, I think co-op will be a lot of fun for everyone.  It requires a lot of communication and trust.

More levels
I'm hoping to have around 100 levels.  I don't want a game that can be finished in less than an hour.

Maybe a few more obstacles
If I run out of levels ideas before I hit 100 I'll add some more obstacles to keep things interesting.


Here's a couple of screenshots to hold you over 'til I finish the demo. 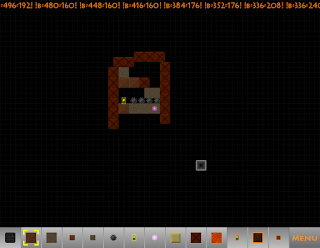 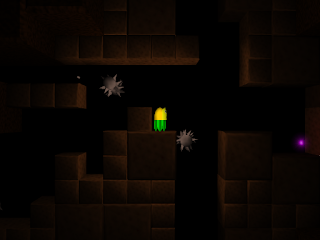 I'm going to work hard to release the demo this week.  I should be able to unless I run into a giant snag.