Showing posts from October, 2014
Show all

October 24, 2014
Totem Pole Takedown is now available for free on Google Play and Amazon Apps for Android! Here's the Google Play link - Link Here's the Amazon link - Link Give it a try and tell me what you think! Be sure to let me know if you find any bugs or glitches. Thanks! I'll be working on the iOS version now, it may take several days to get it up on the App Store, I'll do my best to get it done soon. littlejoe, AngelWire Studio T.G.B.T.G.
Post a Comment
Read more

Great News for iOS users! (and other news) 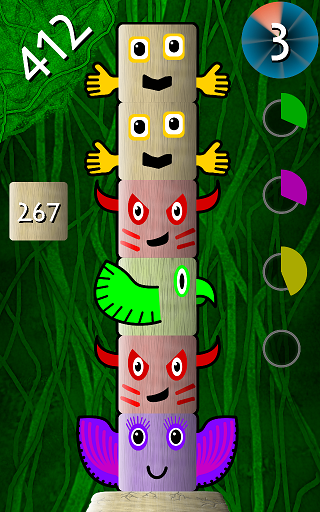 I've recently invested in a mac and an iPhone. That means that I can now test and publish games for iOS devices! Within the next few weeks I'll be porting my previous android releases! (Partly Pop Can (both versions) Sunset Runner, and Sunset Showdown) And the other news, my next game will be released on the Google Play store and Amazon Apps store within the next few days!! (iOS version will come a few days later) "Totem Pole Takedown" will soon take the world by storm. It's a standard destroy blocks to match colors game, but with a clever twist, instead of many rows and columns, there's just one column. Here's a screenshot- It's a scaled down a lot here, the game itself will run at 1600x2050! That's all for now, just a quick reminder, if you haven't liked the AngelWire Studio Facebook page , you really should. Due to the much more informal nature of the Facebook page , I update that much more frequently than I do this blog. (I actually
Post a Comment
Read more
More posts