Splatoon2d version 2 is ready to be played!

July 01, 2015
Since a lot of people seemed to like the original Splatoon2d I made a while back, I've decided to update it. It includes some more maps, more game modes, 1 extra weapon and the ability to play as an octoling. 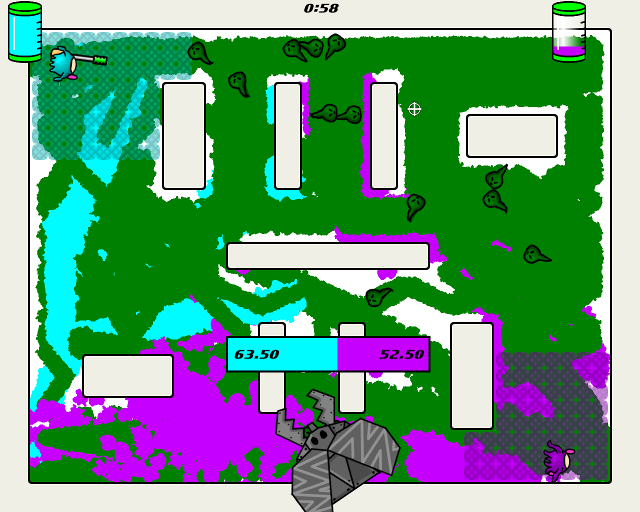 If you didn't know, Splatoon2d is a top-down de-make of Nintendo's game "Splatoon". 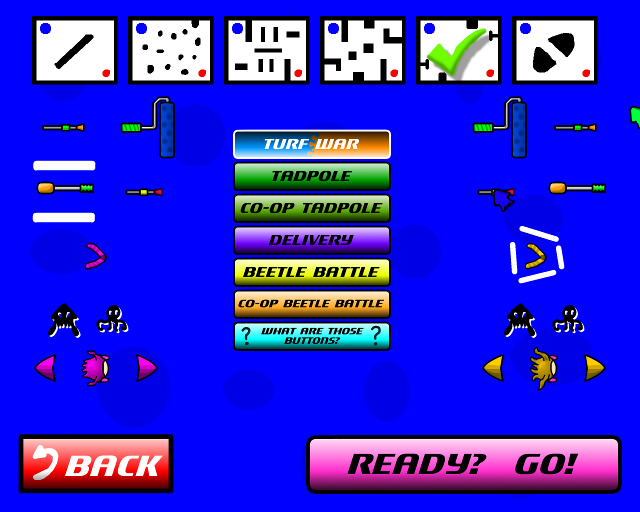 Splatoon2d has some interesting things that the real Splatoon doesn't, while Splatoon contains a lot of features that my little de-make can't even compare to.
My de-make doesn't have:
But my de-make does havve: 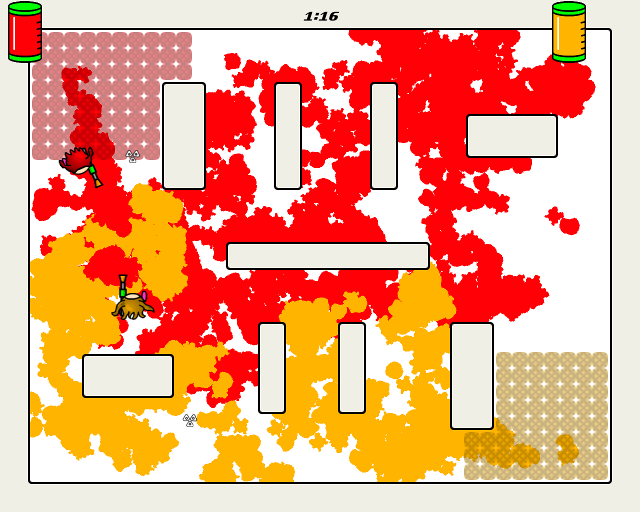 Controls:
WADS - Move,
Space - Jump,
Shift - Transform,
Mouse - Shoot/Aim
CLICK HERE TO DOWNLOAD THE GAME FOR WINDOWS
If you own Game Maker Studio you can download the source code here

I hope you enjoy the game. I'm working on porting it to mac, but it might take a while. Thanks!

I'm glad to finally be finished with this little side project, I'll now be working on my main game, check it out if you get a chance: http://angelwirestudio.blogspot.com/2014/04/introducing-wild-western.html